‘Chip ‘n Dale: Rescue Rangers’ was an absolute delight, a non-canon sequel to ‘Who Framed Roger Rabbit,’ and quite possibly the last thing you can innocently enjoy with John Mulaney in it.

The film, released on Disney+ on May 20 was a huge hit for everyone who watched it. To be honest, I didn’t see a single bad thing said about how the film played out… Except for the fact that within the same stretch of 24 hours, John Mulaney brought Dave Chappelle out as a surprise guest on one of his tour stops. Chappelle hit the stage blazing with transphobic and homophobic jokes, and as a result, many are calling to hold John Mulaney accountable for the poor choice of giving this man yet another platform to hurt the LGBTQ+ community.

We’ll get back to that in a moment – but we couldn’t NOT lead with that information.

LIGHT SPOILERS AHEAD AFTER THIS ‘CHIP ‘N DALE’ TRAILER:

While we don’t want to give you a play-by-play of what went on in the movie itself, we joke about it being a non-canon sequel of ‘Who Framed Roger Rabbit’ because of the choice to use animation and live-action, with an updated dash of CGI. Anyone who was a fan of ‘Roger Rabbit’ will notice little hints from Roger making his own cameo appearance, to the presence of that icky substance Judge Doom loved so very much: dip.

The movie tells the origin story of the two best chipmunk friends, and how they landed their own show ‘Rescue Rangers’ (their very real 90’s cartoon), with a lot more adult themes and behind-the-scenes jokes. Dale (Andy Samberg) began to feel like the dumb comic relief and tries to launch his own spin-off, ultimately destroying the ‘Rescue Rangers’ season renewal, creating a bitter insurance salesman inside Chip (John Mulaney).

The film brings the two back together when toons are going missing and being “bootlegged” and it’s up to Chip ‘n Dale to go back to their roots and solve crimes – but this time it’s for real, and the stakes are high. The highlights of the film are literally all the hidden easter eggs. There are a TON of callbacks to different animated things, from McGruff the Crime Dog to the internet phenomenon that is Ugly Sonic – AKA the Sonic that the internet bullied so hard that he was replaced with a much better Sonic design.

They actually put Ugly Sonic in the Chip and Dale movie WTF!? pic.twitter.com/jMGVWklRyz

Other notable actors include Will Arnett (Sweet Pete aka Peter Pan), Flula Borg (aka the “Daddy Long Legs, Who Did Name You” guy), KiKi Lane (Ellie, an influential member of the team investigating the bootlegging), who works under J.K. Simmons (Captain Putty), Dennis Haysbert (yes, the Allstate dude plays Zipper the Fly), and Seth Rogen (Bob the Warrior Viking, as well as multiple other animated characters he’s voiced).

Now, lately, I’ve been personally hard to please when it comes to movies, but being that I grew up obsessed with the ‘Rescue Rangers’ cartoons, I managed to like this one so much that I watched it twice in that same 24 hours. Unfortunately, it was then that I found out what was going on in the real world with John Mulaney.

YOU CAN’T CALL THIS CANCEL CULTURE, JOHN MULANEY SHOULD HAVE KNOWN BETTER

Attendees in Columbus, Ohio were out on Friday night, ready to enjoy the clean and not-so-offensive stand-up comedy that Mulaney usually delivers. Up until this point, Mulaney has been one of the only comedians I’ve personally been comfortable with due to the nature that much of mainstream comedy these days is either put on by creeps, people who think their offensive jokes are taken poorly by “sensitive people,” and people who are so raunchy, it crosses the line of funny and goes right to disgusting. Now don’t get me wrong, I’m not weak-stomached. I just think that if you’re trying to be funny, you don’t need to degrade another group of individuals or single people out and sling offensive narratives at them.

The surprise opener at the show was Dave Chappelle, who has made it his life’s mission at this point to upset and offend the Transgender community, and by extension, the LGBTQ+ community. According to BuzzFeed, Chappelle opened with an anti-trans and anti-gay joke during his 15-minute performance. Many who attended the show were appalled, offended, hurt, and overly disturbed at hearing those around them laugh at jokes targeting the LGBTQ+ community.

One quote in the BuzzFeed report from a fan says:

“I’m just a little disappointed in [Mulaney],” Morgan, 21, who attended Friday night’s show, told BuzzFeed News. To protect her privacy, she did not want to provide her last name.

“It hurts to know that Chappelle’s transphobia wasn’t enough of a deterrent to keep him off the show,” Morgan said. “I probably wouldn’t have gone, or I would’ve at least skipped the openers, if I knew Chappelle would be there.”

Another tweet, which has since been changed for privacy reasons stated: “my favorite part of tonight was when dave chappelle ambushed us at the john mulaney show, told a bunch of transphobic jokes, a massive stadium of people laughed, and then john mulaney hugged him at the end”

Pretty disappointed in John Mulaney, saw him tonight and yeah, he was funny, but he gave Dave Chapelle the platform to make some transphobic jokes. Also very disheartening to hear a crowd of 12,000 around you (a trans person) laughing at transphobic jokes. Thanks Columbus.

The list goes on. Now, there are quite a few people who already had Mulaney on the chopping block because of his divorce with his wife, then fathering a child with Olivia Munn (if you want to learn more about that, read that here), but personally, Mulaney’s relationship is the least of my problems – mostly because it doesn’t hurt anyone OUTSIDE of that relationship circle beyond Mulaney, his ex, and Munn.

But THIS is a whole different animal. Some headlines, including women’s mag Jezebel, have referenced the incident as ‘John Mulaney Made His Queer and Trans Fans Pay to Be Bullied,’ have noted that the show was a “no phones or recording devices” event, which is pretty convenient for those who wanted proof of what Chappelle actually said. Many are also citing the fact that once his 15 minutes were up, Mulaney came out and gave Dave a big hug.

Variety shares that the styles and subject matters of the comedians and their material are vastly different, which is why it begs the question, why did Chappelle have a slot in the first place? Variety says “Chappelle’s controversial and derogatory statements stand in contrast to Mulaney’s largely uncontroversial material. In his standup, Mulaney tends to stay away from political or social issues, focusing his attention on self-deprecating humor, anecdotes about his personal life and his struggles with alcoholism and addiction.”

More to the point, many of the fans that Mulaney HAD share that his fan base is heavily LGBTQ+ and they are feeling very disappointed, some renouncing supporting him moving forward.

The fact that John Mulaney, who has a very prevalent amount of young LGBT fans, had Dave Chapelle open for his show tonight is just deeply disappointing and upsetting.

Nobody’s been able to get in touch with either comedian’s representatives, and my money would bet that Mulaney has also been told by Disney to keep his mouth shut seeing that this incident occurred the same day that ‘Chip ‘n Dale’ dropped onto Disney+. Either way, Mulaney’s reputation is now shot to shit and turned into swiss cheese, for the simple reason being that he lent his reputation to Chappelle and gave him a platform, only to have that platform target the very fan base that paid for tickets.

Needless to say, unless Spider-Ham shows up in the next ‘Spiderverse’ movie from Marvel, there’s going to be a lot of people avoiding Mulaney’s new releases, tour dates, or using his overly-popular audios on TikTok moving forward, until the event that he apologizes (and even still, he may not be forgiven).

It’s unknown as of yet if this incident in Ohio has hurt the streaming numbers of ‘Chip ‘n Dale: Rescue Rangers’ but time will tell.

To hear the cliff’s notes of this story, watch the videos below:

Vince McMahon Under Investigation For Misconduct 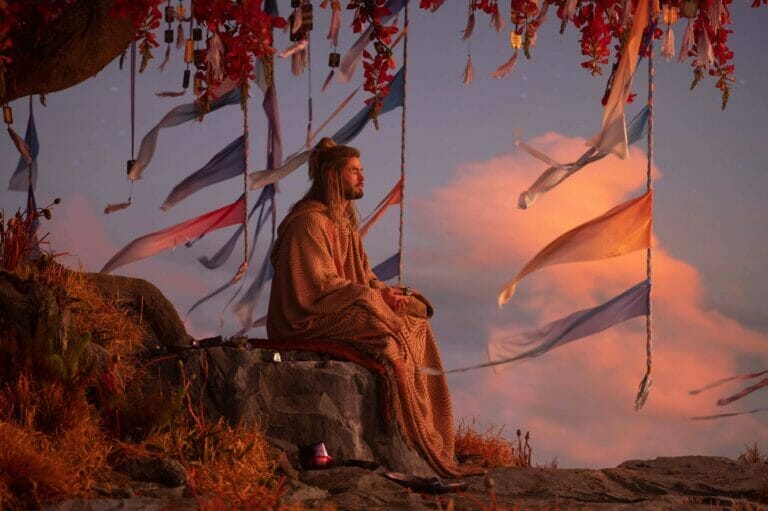 A New ‘Thor: Love and Thunder’ Trailer Has Arrived 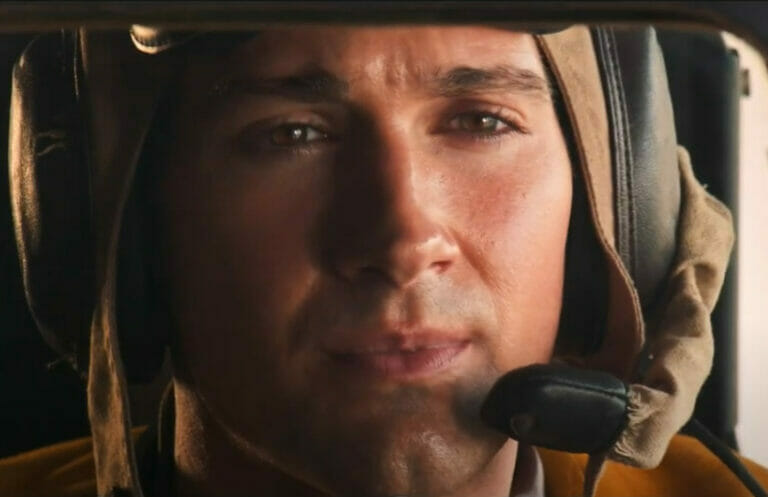 The Trailer for WWII Epic ‘Wolf Hound’ Has Arrived 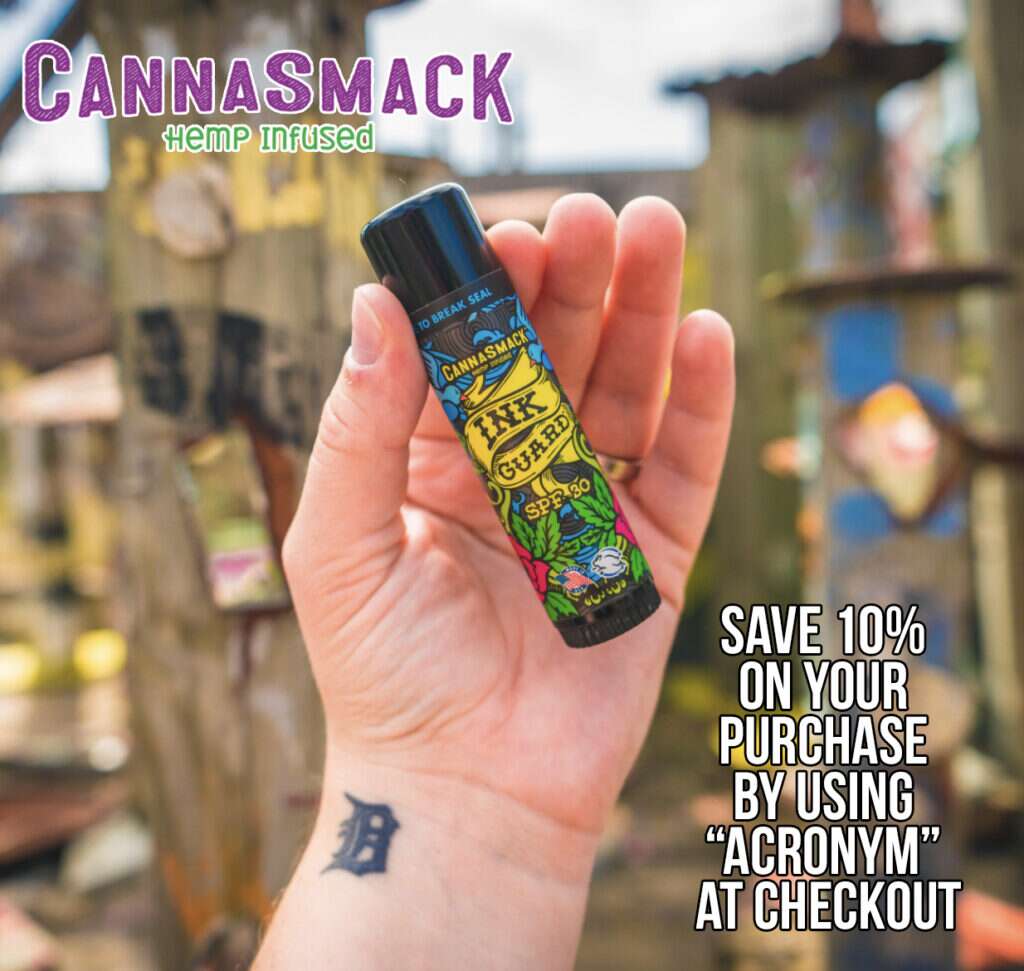